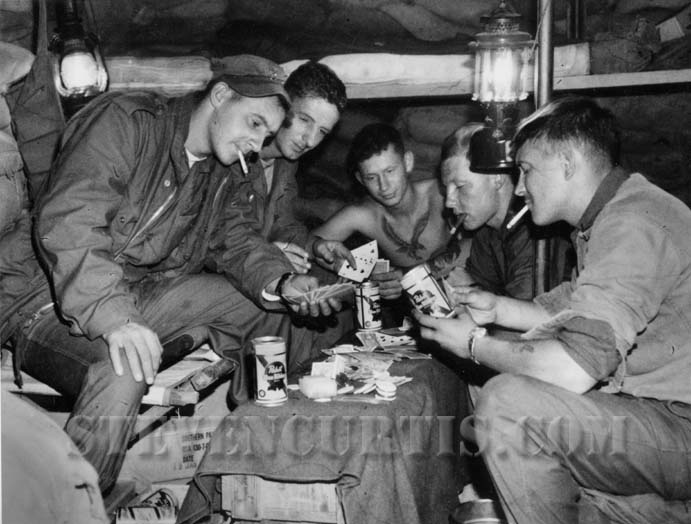 Finally, after almost a month, the battle of Hue was over and the rest of the Tet offensive had been put down.  For the first time since I landed in Vietnam, I no longer felt I was going to die at any moment.  On evenings of low alert status, often times we would pile in one of the bunkers and have a drunken card party. They lasted most of the night and the only thing thicker than the cigarette and cigar smoke were all the bullshit stories.  We had successfully dodged a few bullets and out gunned a few V.C. and convinced ourselves we were immortal.  In truth, we were too dumb to realize how inexperienced we really were.  We started to believe our own bullshit.... more